Matala is a small village located on the southern coast of Crete, a Greek island in the Mediterranean Sea. It is located approximately 27  kilometers from Agia Galini, 70 kilometers from Plakias. 65 kilometers from Heraklion town, and 77 kilometers from Rethymno town. These distances can vary slightly depending on the exact route taken, and if you go by rent car or bus.

The town’s name comes from the ancient Greek word “mathalai,” which means “caves.” This is fitting, as Matala is home to a series of caves that were once used as tombs by the ancient Greeks. The caves are located on the cliff face above the town’s main beach, and are now a popular tourist attraction.

Matala has a long history, dating back to the Minoan civilization that flourished on Crete more than 4,000 years ago. The town was an important port during this time, and was used by the ancient Greeks as a base for their naval expeditions.

In ancient times, Matala was a thriving port city and a major center of trade and commerce. It was also a popular destination for travelers, who came to enjoy the town’s natural beauty and to explore its many historical attractions.

One of the most famous sights in Matala is the cave complex that is carved into the cliffs above the town. These caves were once used as tombs by the ancient inhabitants of the area, but they were later converted into dwellings by refugees from the island of Thera, who sought shelter there during the Minoan eruption in the 16th century BC. Today, the caves are a popular tourist attraction and are a unique reminder of Matala’s rich history.

In more recent times, Matala became a popular destination for hippies in the 1960s and 70s. The caves were used as a makeshift campground, and the town became known for its laid-back, bohemian atmosphere. Today, the town still has a relaxed and friendly vibe, and is a popular spot for travelers who are looking to escape the hustle and bustle of more tourist-heavy destinations.

Another notable attraction in Matala is the town’s beautiful beaches, which are known for their crystal-clear waters and soft, golden sand. The main beach, known as Matala Beach, is a popular spot for swimming, sunbathing, and water sports. The nearby Red Beach, which is named for its reddish-colored sand, is also a popular destination for visitors.

In addition to its main beach, Matala also has several smaller beaches that are worth visiting. These include the Red Beach, which gets its name from the reddish color of the sand, and the White Beach, which is known for its calm waters and serene atmosphere.

Another popular attraction in Matala is the ruins of the ancient Roman city of Gortyn. The ruins are located just outside of town, and are a fascinating glimpse into the past. The city was an important center of the Roman Empire, and the ruins include a well-preserved amphitheater and a number of other impressive structures.

In addition to its natural beauty and historical attractions, Matala is also known for its vibrant nightlife and bustling streets. The town’s many tavernas, bars, and clubs offer visitors a chance to experience the local culture and enjoy the town’s laid-back atmosphere.

Overall, Matala is a charming and picturesque town that offers something for everyone. Whether you’re interested in history, nature, or simply soaking up the local culture, there is something to discover and enjoy in this beautiful corner of Crete.

Renting a car in Matala can be a convenient and cost-effective way to explore the surrounding area and experience all that Crete has to offer. The island of Crete is home to a wide range of stunning landscapes and attractions, and with a rental car, you’ll have the freedom to visit as many of them as you like at your own pace.

One of the main benefits of renting a car in Matala is that it allows you to visit nearby destinations that might not be easily accessible by public transportation. For example, you might want to visit the town of Agia Galini, which is known for its beautiful beach and charming harbor, or the town of Rethymno, which is home to a charming old port and a number of interesting museums and cultural attractions.

In addition to giving you the freedom to explore the island at your own pace, renting a car can also save you time and money. Instead of relying on public transportation or paying for expensive taxi rides, you’ll have your own transportation at your disposal, allowing you to travel quickly and efficiently between destinations.

Matala became a popular destination for hippies from all over Europe, who were drawn to the town's beautiful beaches, caves, and warm climate.

These hippies, known as the "Matala hippies," lived in the caves along the beach and created a vibrant, bohemian community. They were attracted to the free-spirited atmosphere of the town, which allowed them to live a simple, carefree lifestyle.

The Matala hippies were known for their love of music, and the town became a hub for live music and performances. Many of the hippies were musicians themselves, and they would often play music on the beach and in the caves.

The community was also known for its open-mindedness and acceptance of different lifestyles and cultures. The Matala hippies were a mix of people from all over Europe, and they embraced each other's differences and lived in harmony.

Despite their carefree lifestyle, the Matala hippies were not without their challenges. They often struggled to make ends meet, and many of them relied on the generosity of the local community for food and other necessities.

Eventually, the community began to dissipate as the hippies moved on to other places or returned to their home countries. Today, Matala still has a vibrant music scene, but the days of the hippie community are long gone.

Despite this, the legacy of the Matala hippies lives on. Many people still visit the town to see the caves where the hippies once lived, and the town's laid-back, bohemian atmosphere continues to attract travelers from all over the world. 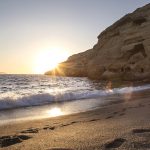 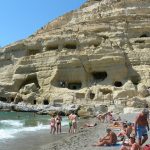 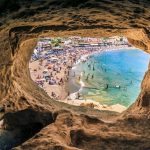 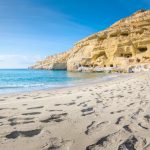 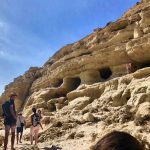 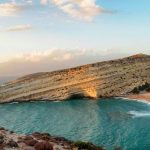